will wait” The latch clacks. l Our stare

lifts from our cold meat, from the empty place

to the door, and cousin Joseph. His chair

grates on the flags, and Father: “Now let us pray…”

Who knew him? Slow

to speak or laugh, slow at the plough,

some kind of fool, they said. I’d go

to fetch him in from the topmost field:

“This place don’t give us nothing free

but rain. So Father says.” He smiled.

went up the hillside as the cloud came down.

December: snow penned us behind doors.

tracks, wavering slightly, up into the moor.

In March, I followed. Jumbled stone

He prised the door. “Then look.” Nothing,

I saw nothing,  or a glistening black, before

the ice-cold took my breath. His chill

they’re needed. Are we, girl?”

he was gone. Was seen, halfway to town,

cart lumbering under bales of moss and straw,

steaming and dripping. “Taking water down,”

they laughed. “Thought that’s what river’s for.”

Then nothing. Though the horse was found

by the docks where the tall ships come. All year

-and tell them still for any stranger’s beer

since the farm’s gone back to moor. And now

this flimsy envelope:”…New York”. Inside,

“My father would have wished…”

He was rich somehow;

had grandsons; mentioned me before he died. 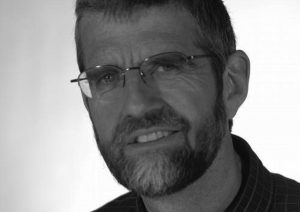