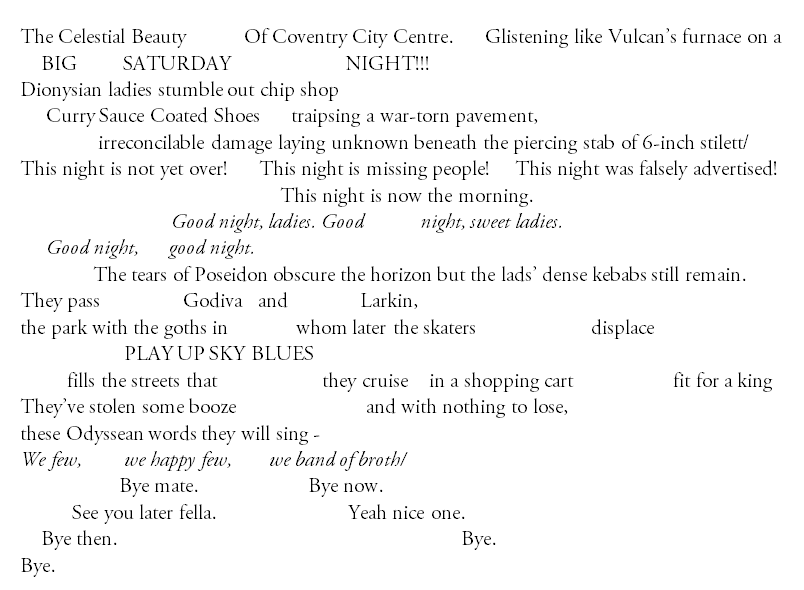 Matthew comments on how he wrote this poem: "I wrote this poem as a reflection upon the late nights/early mornings I spent growing up in my hometown of Coventry. Every now and then I’d find myself walking home alone around this time, headphones in, marvelling at the strange, grotesquely beautiful scene that stretched out before me. The way that people’s behaviour would change as the sun came up fascinated me, and still does today. I’ve attempted to use blank space as a way of mimicking the drunken ramblings (physically and verbally) of the Coventrian revellers."

Matthew is commended in the second Bloodaxe Archive challenge on Young Poets Network, in which Sinéad Morrissey asked for poems using white space.